All Your Go-To Tournament Information

Thank you for looking at NST for your Tournament needs. We appreciate your consideration, as I know how difficult it can be to pick the proper tournament with all the choices out there today. Gene Carella, NST Co-Tournament Director, has been presenting tournament opportunities since 1990 for what was formerly known as Grand Niagara Cataracts Hockey Association. In 1999, he started Niagara Sport Tournaments to help provide youth hockey to hundreds of teams throughout the U.S. and Canada per year. Gene also raised four hockey players, and through his travels to many tournaments, he understands what hockey parents’ want. Gene's son Michael now runs the company but still has the same goal as his father, which is to make sure that every player has a great time win or loss. Hockey is a GAME where the end result should be smiling kids who don't even realize the life lessons they are learning.

I put all teams through a rigorous screening process to ensure each team is placed in the proper division. As you may know there is no exact science to paring teams. Since there are many different classifications used by amateur hockey teams in different regions of the United States, and Canada (see Screening process tab above). Divisions can get messy if careful consideration is not taken. We at NST, take much time and effort to create well-balanced divisions. Nothing is more disheartening then driving to a tournament to blow out a team or get blown out by a team.

Teams also do not want to travel to a tournament just to be place in the same side of a division as team from their local leagues. My father and I take great pride in delivering an enjoyable tournament experience for our tournament families. This is evidenced by an incredible return rate in tournament participation by hockey associations. We only accept between 40-60 teams per tournament. This wide range in number of teams ensures each division of each tournament has balanced competition. We will not force a division together just to fill ice! We believe in quality over quantity when it comes to our tournaments.

All games are worth 5 points until your division starts the elimination rounds (quarterfinals, semifinal, crossover games). In these rounds, whatever team win advances.

Four teams in total make up one division. Each team will play three games. The top two point getting teams will play in the final.

Six teams in total makeup 2 divisions A1 and A2. You play each team in your division in your first two games. Your third game will be a crossover game with the other division determined by the amount of points accumulated in first two games. The first place of one division plays the second place of the other division. The winner of these two crossover games advance to championship. The third-place teams in each division play in a consolation game.

Alternate format: Eight teams in total, makeup two division A1 and A2. The four teams in each of the two divisions play 3 games within their division. The top team from each division advances to the championship game.

Ties will be broken by:

Please remember that all USA and New York State Hockey rules apply during all tournaments.

Zero Tolerance is in effect for all coaches, players and spectators and will be strictly enforced by the referees. If unruly spectators are asked to leave and do not, the clock will begin to run until that spectator complies. Each team coach is responsible for his parents. Make sure that the parents understand that this rule will be strictly enforced. It may negatively affect your team.

Check out the attractions around the rink

All U.S.A. Hockey Rules and Regulations will be applicable. Tournament Rules are posted on our website under the tournament rules link. Please note that all of our tournaments are run on a point-per-period scoring system, where each game is worth 5 points which will be divided between the two teams.

All U.S. and Canadian Teams must be registered with their respective parent organizations for the 2015-2016 season. Only U.S.A. hockey age classifications will be accepted. A certified U.S.A. or C.A.H.A. Hockey Team roster will be required before final acceptance is granted. It must also be presented at registration check-in.

Classification systems (AAA, AA, A, B, AE, house select & house) may have slightly different meanings from area to area. Expect to encounter teams that may have different eligibility or classification rules that may not correspond to what you are accustomed to in your area. The age groups for USA Hockey and those of the Canadian Hockey Association are basically the same, however, areas that have large numbers of registered players tend to further delineate within the 2-year window allowed for each age group. In these situations, teams composed of exclusively or primarily of players in their 1st year of eligibility of a particular age group will play in their respective home areas against like teams.

New York has areas that use both the two year USA Hockey age window and the single calendar year to determine the make-up of their teams. There are also teams that travel from New York who are rostered as B/travel.

Ontario has much more skill classification, per the calendar year age grouping than any USA Hockey affiliate. These include AAA, AA, A, BB, B, AE (additional entry) and House. Many governing bodies within Ontario also permits Select or All-Star teams to form for the sole purpose of competing in events.

Cleveland Suburban League uses the RPI system and classifies teams as AA, A1, A2, A3, B1, and B2.

In Massachusetts, teams are classified A, B, and C with the exception of the Boston Metro League.

In Michigan they’re referred to as “A” teams, in Ontario & Western New York they are referred to as “minor” teams. Michigan is still the only place in the universe, to our knowledge, where the A & AA classifications are age groups and not skill levels.

Ohio is growing their hockey programs rapidly, but there are not the concentrations of players you'll find in Michigan or Illinois and therefore the talent is also spread out. Each season we see additional ice arenas being built, added to or renovated in Ohio. With the addition of the Blue Jackets in Columbus, it's only a matter of time.

Indiana like Ohio suffers from a lack of ice arenas. Again there are several programs across the state and new arenas are being built each season. House program teams in Indiana do not travel to tournaments. Programs in Indiana typically form an All-Star team from their house programs which either compete in the B or A brackets of our events.

Florida also has an interesting way of organizing youth hockey. A & AA teams are typically designated as such depending on the league you choose. For instance, teams playing in the Central Florida Hockey League are all designated A teams with those teams playing in the statewide league designated as AA teams. In addition, a team can be formed in Florida for the sole purpose of attending a tournament and these teams are rostered as tournament teams.

Our tournament divisions are based on the following general guidelines. Variations are possible based on the skill level of specific teams:

AA - The "best" or first picked travel team within a Tier II organization. These teams will often consist primarily of "second-year" or "major" aged players within the age group. In some cases, Major A teams are also a more appropriate fit for this level.

A - The second team or lower teams within a hockey organization and/or teams consisting Primarily of "first-year" players within the age classification or "minor" teams of a suitable skill level.

B - The third, or lower, travel level teams chosen within a Tier II organization or teams that are classified as Tier III. Teams at the B levels may often be populated by many players in their first year of "travel" hockey.

AA - Top competitive team in an association or district.

A - Competitive travel teams that are tournament bound.

B - Recreational/House/Travel teams that are not tournament bound.

Age divisions and classifications may vary between the U.S. and Canada and, in some cases, from state to state. The tournament director will discuss appropriate placement of all teams to ensure fair, competitive and equitable playing divisions.

Teams are required to stay at one of the approved host hotels. A list of approved hotels will be sent as soon as the entry fee is received. The reservation committee will book all team rooms. Teams are not allowed to book their own reservations. It is suggested that team managers/coaches respond quickly since there are limited rooms available at each hotel. Call for further information.

Please note - Teams that do not stay at approved hotels will be removed from the tournament and forfeit their entry fees.

Please complete the electronic registration. The application will not be processed until the entry fee is received. Applications are taken in the order they are received. Full payment must be included in U.S. funds.

A CERTIFIED BANK CHECK OR ASSOCIATION CHECK SHOULD BE USED. 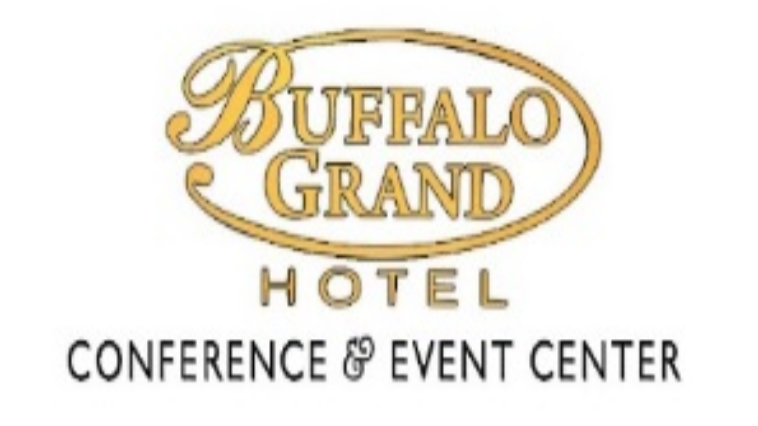 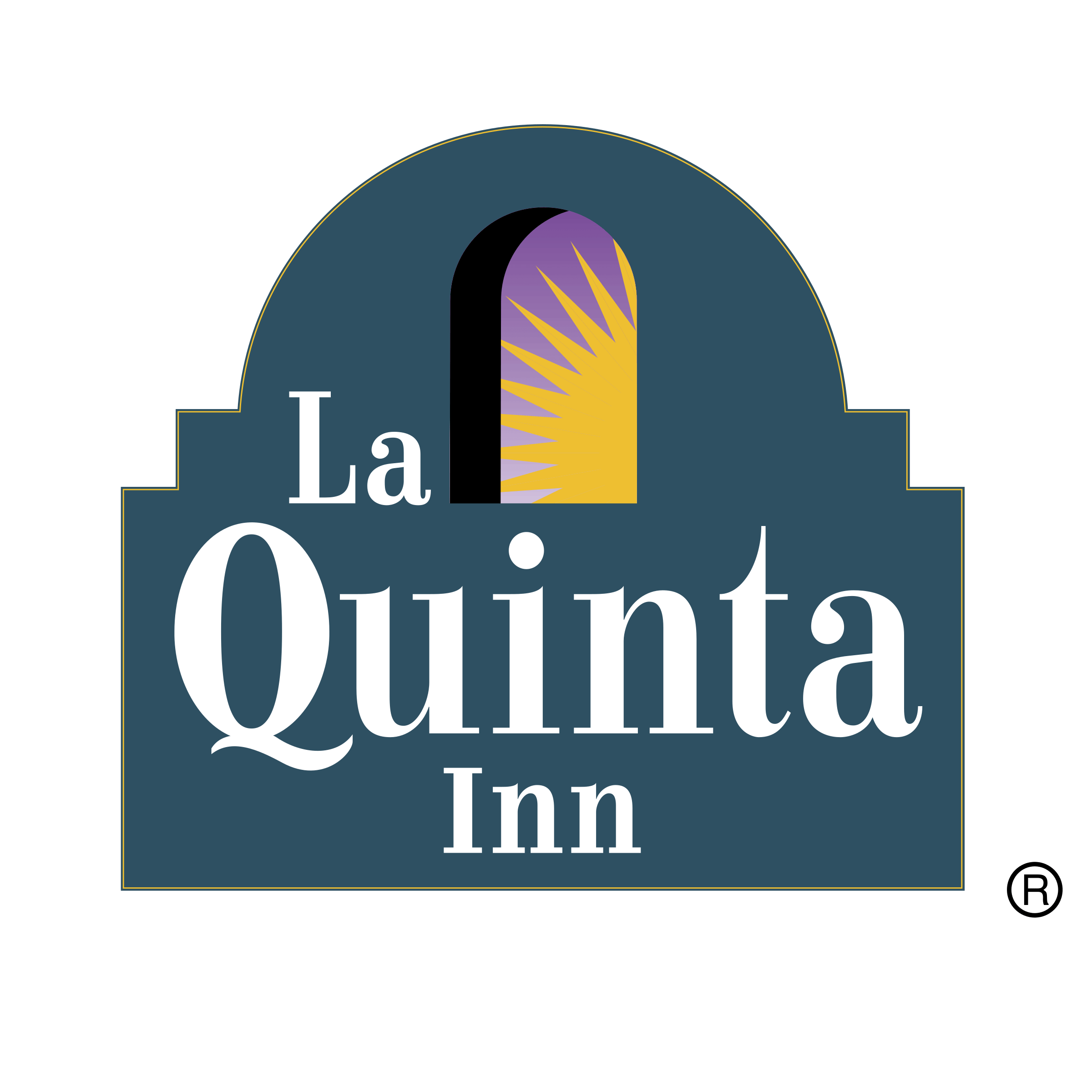 Live stats will be available once a tournament starts.

A friendly, courteous staff with a tournament director present at ALL times.

Experienced Referees with the Supervisor of Officials present for EVERY game.

First Class hotel rooms at the LOWEST rates in WNY.

ONLY Tournament operator in WNY to have an EMT present at every game.

Convenient Tournament dates so the LEAST amount of school is missed.

Game sheets prepared by tournament staff for every game.

We will have a parents party at the rink from 9pm-1am. Complimentary beer and entertainment will be provided.

After one game, NST will provide a tray of pizza that can be enjoyed in J.R. Stone room, which is attached to the rink.

Why play with NST?

We spend hundreds of hours screening each application, and unlike other organizations that run 20-30 tournaments per year, we run 5 tournaments. With more than enough applicants, we carefully place each team, where the objective of these larger tournament venues is to fill their tournaments with as many teams as possible.

With 25 years of experience, we have learned over the years that keeping things organized makes it easier for everyone. and for our attendees.

We provide a tournament schedule 3-4 weeks prior to the tournament event. Schedules seldom change since we put our schedules through a rigorous approval process, not to mention that all teams have already paid in full, and we typically have a waiting list.

Each player receives thank you gift (bag tag, puck, etc) for entering the tournament. The gift changes every tournament. Teams that advance to the championship game receive either individual runner-up or championship trophies. Champions will also receive a team trophy. Understanding kids expectations when making it to the Championship game; we spare no expense when it comes to our trophies.

Individual and Team awards for Finalists and Champions

Complimentary Bag Tag for each Player